“They will say that I betrayed him, that I reduced his price to thirty silver shekels. That I turned against my master. They do not know me.”
Five years after the release of her second solo novel and two coauthored books later, novelist Tosca Lee has released Iscariot— the story of the most infamous religious icon in history, Judas Iscariot. Those who have read her two solo works, Demon: A Memoir and Havah: The Story of Eve will be glad to see that Tosca has not lost any of her engaging prose and ability to bring characters we thought we knew so well to life.
One of the many things we forget while reading people in the bible is that they were real people. They have a history, and they were as real as you and I are. Tosca brings Judas Iscariot to life, letting us into his mind and into his world where he sees his people oppressed by Rome, and where he desires to see the prophesied messiah to come and establish the kingdom of heaven.
When the story of Judas is told, many associate him with evil and villainy, and believe that he betrayed Jesus, and that he did so out of hate. However, Tosca brings into light what might have actually been. Maybe after thousands of years of tradition, we have gotten it all wrong. What if Judas’ “betrayal” of Jesus was not about hate, but about love?
Would you, the reader, have done the same?
Also, Iscariot is as much about Jesus as Judas. What would it have been like to follow a man who healed the sick and the lame? Who did not restore a nation, but preferred to restore individuals instead? To follow the man who defied law? Tosca puts the reader in Judas’ skin, giving them the ability to sit down next to Jesus, and to hear his words and to see him not as just God in human form, but a man who was not much different than others.
With powerful storytelling and an engaging premise that draws you in right from the first fifty pages of the book which bring to life what Judas’ childhood might have been like to his suicide in the Hinnom Valley, Tosca Lee brings to life the very man whose name is synonymous with such power and beauty that will take your breath away. 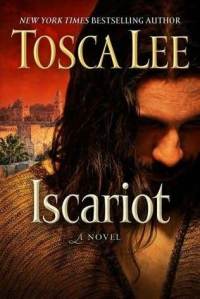 Note: I received a copy of this book in exchange for an honest review from the publisher. All thoughts and opinions are mine

One thought on “Iscariot by Tosca Lee”