The Two Saviors- A Wattpad Original

Over the past few months, I have heard of and seen more and more authors use Wattpad to garner a larger audience (like my friends Katie Cross who is writing a fantastic novel called Bon Bons to Yoga Pants and Kelsey Keating who is writing a fairy tale entitled A Stolen Kiss). For those of you who have never heard of Wattpad, or have but don’t know what it is about, Wattpad is an online writing platform where writers (both published and aspiring) can start a story and update it with new chapters as they write. While it definitely doesn’t happen with most people on Wattpad, there have been a good number of success stories in which a person on the platform has gained large enough of a following that a publisher has offered them a publishing deal.

Last week, I decided that I was going to begin posting a novel of my own as I write it. It is called The Two Saviors, and the first two chapters are now live! I will be publishing one chapter on the Monday of each week until the story is finished. Read on for the synopsis and to get a look at the cover:

Daren Grove is a teenager who lives everywhere yet lives nowhere. Having a serious case of wanderlust, Daren travels the world in search for the wonder and awe he found in the stories his parents read to him before they died. After a tragic accident, Daren is transported to a mysterious land that somewhat resembles those he had grown up hearing about. Daren soon finds out, however, that the world he has just turned up in is in trouble. The magical wonder of the world will disappear and the land will be laid to waste if someone does not save it. It just so happens that a prophecy made thousands of years ago predicted the arrival of a young man from an unknown faraway world, and that young man is Daren.

Or so he thinks.

So begins a Narnia for a new generation– a tale of wonder, magic, and finding the place where you belong. 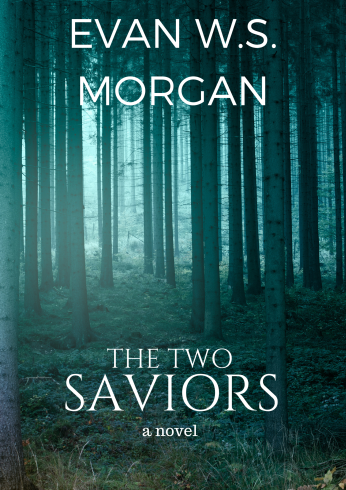 If that sounds enticing to you, then you can read the first two chapters here. I look forward to hearing what you have to say about it!

3 thoughts on “The Two Saviors- A Wattpad Original”