It’s not often that I don’t finish a book. I can think of only two or three times when this has happened. Unfortunately, Susan Dennard’s Truthwitch has joined that list.

Don’t get me wrong, the book is not terrible. It has some good qualities to it (such as the politics and magic system), but Dennard tried too hard to get a large amount of world-building in while also advancing the story, but the latter suffered quite a bit from it. The book starts off with a highway robbery going horribly wrong, but it hardly explains exactly what had happened before that moment. It jumps right in to the action and drops different terminology and names that Dennard hardly takes the time to explain. She would have done well to dedicate about fifteen or twenty pages to those events which would have allowed her to explain some of her world during a time of the novel in which the reader isn’t already completely occupied by trying to keep track of the events that are unfolding.

As for the characters, I had a hard time connecting with either Iseult or Safiya. Granted, Safiya was starting to grow on me, but the amount of time it took to get to that point was way too much. As for Iseult, I had an extremely difficult time with actually understanding her as a character. I am sure that there would be plenty to like about her if Dennard didn’t sacrifice moments of character development for the sake of keeping the action going.

Did I hate the novel? No, I can’t say that I did, for two reasons. Reason #1: I didn’t finish the entire novel. Reason #2: There were parts of the story that I did enjoy very much. (I don’t think I’ve ever read a dance scene with that much tension before.) However, the mediocre outweighed the good, and I had to make the decision to add this to be Did Not Finish pile. 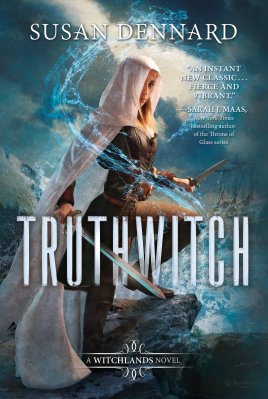 Note: I received a free copy of this novel in exchange for an honest review from the publisher. All thoughts and opinions are mine.