An Interview with Katie Cross

Bestselling author Katie Cross has just wrapped up her young adult fantasy series, the Network Series, with the release of War of the Networks! Katie just recently took the time out of her busy schedule to answer quite a few questions about the Network Series, her future projects (and there are plenty of them), and writing in general. Check it out below!

1. The first book in the Nerwork Series, Miss Mabel’s School for Girls, was published a little over two years ago. Five novels and one novella later, what are you finding the hardest to say goodbye to about the series? 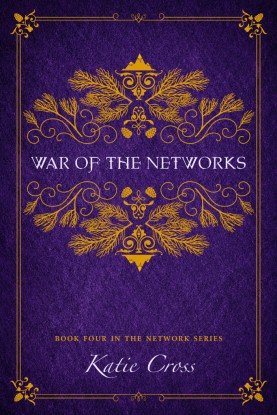 Bianca and the relationship with her friends. I loved growing up with them. Also, the way Antebellum looks right then. Chatham City and Chatham Castle are favorites of mine!
2. What were the challenges you faced while writing War of the Networks?
High expectations (the last book has to be the best!) and puzzling everything together. There are big things that happen in this book, and I wanted them to happen really well.
3. The main character of the series, Bianca Monroe, goes through many changes throughout the series, learning how to cope with sadness, loss, and a whole lot of other emotions. How much of her journey was your own?
I definitely gave Bianca my love of running. Her snarky—but loving—relationship with those she loves is deeply rooted in me. In terms of experiences though, those are almost all hers.
4. There is a lot of worldbuilding in the series, each book introducing a new aspect to the world of Antebellum, whether it be a different network, a new form of magic, etc. Was it difficult to create a world that didn’t seem like a carbon copy of other fantasy worlds?
Yes and no. Fantasy is fun because I can make it be whatever I want it to be. Having the freedom to do that made it pretty simple to world build in theory. Keeping it organized was a real pain!

5. Mabel, the series’ central villain, is all kinds of evil. What do you think makes a good villain in a story?
Relatability. Mabel is every kind of evil . . . but she’s also human. I think finding the human element within that makes us all think about our power for good or evil.
6. Although Bianca’s story is complete, readers can look forward to revisiting Antebellum very soon with the start of the Antebellum Collection. Can you give us a glimpse at what you have planned?
YES!
The first book is ‘The Sisterwitches’, which is the story of Dragonmaster Sanna and powerful Watcher Isadora (fan favorites from the Network Series.) ‘The Witch Without Magic’ is pretty self explanatory. It’s set in the Western Network, has a love story, tribal warfare, and is going to be incredible.
Then ‘The High Priestess’ will be next: a rags-to-riches story about the advent of the Eastern Network’s rule of the High Priest (or High Priest-to-be) marrying a commoner.
And finally (although more stories may later be announced) I’ll write ‘The Weavers of Magic’ which will explain how the magical flying carpet the Volare was created and woven in a time of turmoil and intrigue.
So excited. Srsly.

7. Is it possible we will be seeing some familiar characters (other than Isadora and Sanna) in any of the books?
Just Sanna and Isadora. For now. 🙂
8. Would you want the Network Series to be made into a movie series or television show?
Yes and no. It would be fun to see how it was done, but that kind of popularity and attention would decidedly complicate my already complicated life!
9. If a producer called you up tomorrow and offered to buy the movie/television rights to the Network Series, what would be going through your head?
I’d be making a list of the many people I’d need to call and consult with to make sure that the producer was legit! Not to mention terms of contract and a million other legal concerns.
10. What is one thing you would never compromise if the Network Series was ever adapted?

The slow burn romance. Bianca’s independent spirit is what I want other young girls to see and connect with. I wouldn’t want a man saving Bianca.

11. Authors rarely ever have a say in the casting for adaptations of their works. Let’s say you could choose anyone you want, who would you choose to play Bianca, Miss Mabel, and one other character of your choice?

My friend would definitely be Mabel, as I patterned Mabel after her. (Yes, Miss Mabel really does exist!)
For Bianca? I don’t have anyone that I could picture right now satisfying who I have in my head. I’m sure someone is out there.
Mildred is Judy Dench. ALL THE WAY. Judi Dench.
Stella would be played be Helen Mirren. She is grace and beauty and poise just like Stell.
12. You are an independently published author? What lessons have you learned over the course of publishing your own books?
Read all the time, and then read more. The most important book is the one I’m writing. I can never write fast enough. 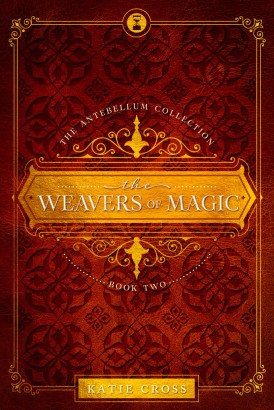 13. Do you ever plan to submit your writing to a traditional publisher?
Yes. That is definitely in my five (maybe ten?) year plan. I’m having so much fun indie publishing and watching Bianca unfurl that I want to finish all these projects before I move forward.
14. In addition to writing fantasy, you also write contemprary fiction series called the Health and Happiness Society on Wattpad, starting with Bon Bons to Yoga Pants. You are now currently working on the second in the series, I Am Girl Power. What do you enjoy most about writing these kinds of stories?
Getting away from fantasy has been huge to help keep me fresh in fantasy. I love creating stories in this world at this time. Also, all the girl power. So much girl power.
15. You just recently became a mother! What are the challenges you face with having a full-time writing career while also being a full-time mother?
Time! *pulls out hair* I never have enough time to get everything done, which means Husband does a lot of laundry on the weekends!
16. Lastly, do you have any other projects in the works, other than the ones mentioned above?
I have The Mortal Wars trilogy stewing in my brain (another spin off from The Network Series) and a project that I plan to write and pitch to traditional publishers. 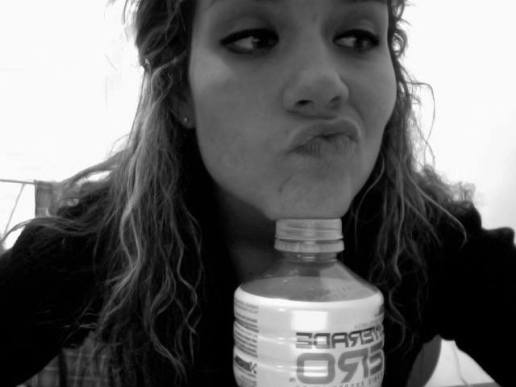 2 thoughts on “An Interview with Katie Cross”